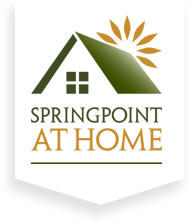 Home > Resources > What Happens to a Person’s Brain Who is Living with Alzheimer’s?

What happens to a person’s brain who is living with Alzheimer’s?

Let’s start by defining Alzheimer’s as a neurodegenerative disease which causes the symptoms of dementia. The terms Alzheimer’s and dementia are not interchangeable. Rather the definition of the disease as “neurodegenerative” clearly explains what is happening in your loved one’s brain. Neuro – the messenger part of the brain is degenerative; it is being destroyed.

To understand how messages in the brain are being destroyed, it helps to understand the role the hippocampus plays within your brain. The hippocampus plays a critical role in storage, retrieval and memory processing in your brain. With Alzheimer’s it is the first part of the brain that is thought to be damaged. The result is a person living with Alzheimer’s cannot take in any new information, nor can they commit it to memory. The progression of the disease results in it being more and more difficult to access and retrieve information already stored in the brain.

The normal process of accessing multiple pieces of information from all over the brain is now impossible. The result is an attention span that is increasingly shorter and fragmented thinking. The need to filter out background noise and activity causes even more confusion for your loved one. Because of their confusion, short attention span and fragmented thinking, the communication between you and the person living with Alzheimer’s blows up.

The behavior and reactions of family caregivers have a huge impact as well. Here is one family’s story.

Shelly has been her mother’s primary caregiver for years. In the early years of caregiving for her mother with Alzheimer’s the spitting, pushing and punching were so bad, family members wanted Shelly to put her mother in a nursing home.

For Shelly the spitting was the worst. It took someone from her support group who was caring for his wife to help her understand that this violent behavior was the Alzheimer’s, the disease, and not her mother. As Shelly tells the story, “It was like a light bulb going off. I suddenly understood that she was in mental pain because she couldn’t find the words to tell me what she needed. And I realized that I was acting out as well. I was angry and instead of hurting mom, I would throw things or slam the door. Somehow, with the grace of God, I was able to keep my anger from exploding and be nice no matter what she did. One day when the violence was awful, I hugged her and didn’t let go. I kept telling her ‘I love you, I love you, no matter what, I love you and I’m praying for you.’ Slowly after that time, things got better until I had my loving mother back. But it took me realizing she was reacting to my anger.”

Understanding what is happening in your loved one living with Alzheimer’s is the first step to finding peace in your role as their caregiver.

With thanks to Amy Matthews from Engaging Alzheimer’s for her input.

Is It Time to Hire In-Home Care?

Contact us today to get a complimentary consultation so we can determine the RIGHT plan for you or your loved one!